In celebration of Fairtrade fortnight (Feb 29-March 13), Anna Barker talks to Estelle Levin-Nally about the story behind Fairtrade gold, the challenges it faces, and why it’s so important.

The birth of Fairtrade Gold

Fairtrade Gold is the story of innovation and vision. Numerous individuals and groups, at various junctures, initiated the concept of an ethical certification system. One such starting point was in 2005. Estelle Levin was an intern at the World Bank, and program assistant for the Communities and Small-scale Mining (CASM) Secretariat. In this capacity, she had helped organise a conference on the role of Artisanal and Small-Scale Mining (ASM) in helping governments achieve the Millennium Development Goals (MDGs).[1]

‘Because I had done my Master’s thesis on mine to market mechanisms for incentivising responsible mining in diamonds, I thought that there was an interesting conversation to be had around fair trade type structures for artisanal minerals generally.’[2] Never one to leave an idea at just that, and with true Estelle gusto, she pushed for a space in the agenda for a rapprochement between key thought leaders and practitioners working on this issue. Inspired by Mark Renzi and the Integrated Diamond Management Program she had studied in Sierra Leone, Estelle knew there was an interesting story to tell that could educate others.

It was a success. People innovating on this issue began a conversation and a sense of alignment was generated. It became apparent that a fair trade structure could serve as a best practice incentive, and prove to governments that ASM had a role to play in the legitimate economy.

Tanzania, 2007. Miners at the gold site Estelle scoped for Fairtrade certification in 2007.

At CASM’s 2005 Annual General Meeting in Brazil, Estelle ensured the concept of certification for ASM mineral supply chains got a place on the main agenda, bringing together ASM certification pioneers like Thomas Siepelmeyer, whose Faire Edelsteine company inaugurated the first ‘fair trade’ diamonds[3] (which Estelle now has in her wedding ring), and Catalina Cock Duque of Colombia’s Corporación Oro Verde, upon whose momentum ARM and Fairtrade were about to build.[4] The conversations here contributed to the constellation of factors that sowed the seeds for Fairtrade and Fairmined Gold.

The Alliance for Responsible Mining (ARM) was formed soon afterwards and in 2006, the Fairtrade Labelling Organisation (now Fairtrade International) and ARM formed a partnership.[5] Estelle, having already conducted the feasibility study for Fairtrade / Fairmined Gold under the direction of Cristina Echavarría of ARM, then helped scope potential sites for Fairtrade and Fairmined certification in Tanzania (with Kathleen Charles) and Uganda (with Jennifer Hinton) in 2007. The Fairtrade and Fairmined standards were launched in 2010, to universal applause.

‘So much of the feasibility for establishing a Fairtrade initiative in an ASM community rests on the operating environment and the existence of able local organisations to support the artisanal miners on their journey,’ Estelle explains, reflecting on what she learned from that research.

What does Fairtrade mean?

‘Fairtrade and Fairmined mean child protection beyond just child labour, and that’s so important when we are talking about human rights’

Fairtrade guarantees a fair deal for the miner. And the protection of the environment? ‘Fairtrade ensures the management of hazardous and toxic substances…which are nitric acid, mercury and explosives’, whilst Ecological Fairtrade Gold guarantees mercury elimination and additional environmental protection measures; ‘but the fact remains that this is extremely challenging for the majority of artisanal miners, and it’s good enough to have them manage mercury as a starting point.’

‘It means no discrimination,’ Estelle highlights. This is fundamental and revolutionary in communities where patriarchy reigns. For example, it takes into account women as working mothers, offering them a safe space for them to bring their infants to work- such as a kindergarten at the mine. 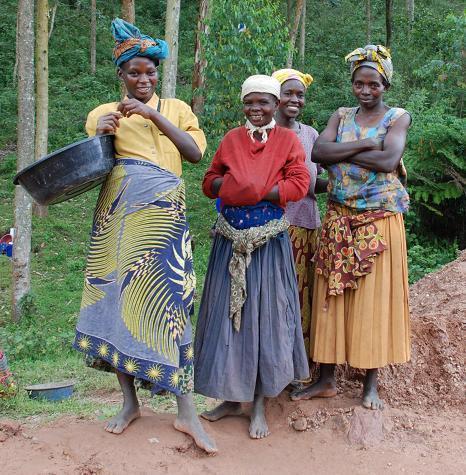 ‘This is really important,’ Estelle says. ‘So much of the responsible sourcing discourse, for example for conflict minerals’, focuses on child labour- but without a child protection agenda. This is very short-sighted, as tackling child labour without taking a broader child protection lens can expose children and their families to even greater vulnerability and risk. Fairtrade and Fairmined mean child protection beyond just child labour, and that’s so important when we are talking about human rights.’

Human rights and working rights are an important part of this, ‘but there’s also a social development piece that comes from the premium.’ Furthermore, the regulations ensure that the artisanal and small-scale mining organisations (ASMOs) actually seek to help the community manage issues of social and human rights development; they are expected to be active in pushing for development locally.

‘At the basis of all this, the crux, the centre-point, the piece that none of this can do without, is organisation: business development and professionalization.’ And this makes Fairtrade important? ‘Utterly,’ Estelle replies, without hesitation. Organisation is the foundation from which empowerment and progression can begin; it means formalisation, management, and accountability. It makes ASM workers members of a business, and ‘that is the opportunity that a lot of artisanal miners don’t have.’ This is the legacy of the Fairtrade initiative; it builds resilience into artisanal and small-scale miners’ business models, and helps them direct their entities so that they can thrive in challenging environments.

Fairtrade is wonderful, but we must not become complacent: the race is only just beginning.
What challenges remain?
I asked Estelle whether she thinks that if consumer trends were more geared towards Fairtrade, governments might be more conducive to its implementation. ‘I think perhaps governments don’t fully grasp the opportunity Fairtrade certified ASM organisations can offer to their sectors,’ Estelle speculates, telling me how there is therefore a missing push at the policy level. Fairtrade and Fairmined are one part of the solution, but the real chance for substantive change comes from the policy space recognising and leveraging the opportunity certified ASMOs and supply chains offer for building responsible sectors generally.

‘I believe in aspirational standards like Fairtrade, Fairmined, or the RJC; but these systems are not silver bullets.’ Estelle is clear that challenges remain, integration with other initiatives should be encouraged, and, fundamentally, there are many more battles to fight. 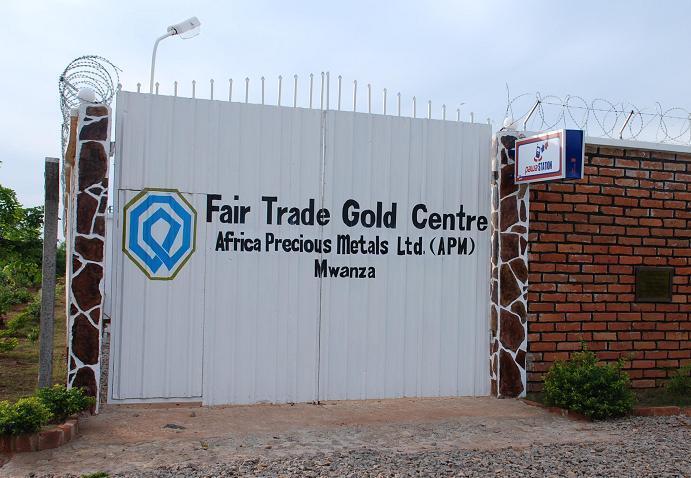 Tanzania, 2007. Fairtrade Gold is certainly a first step in the right direction.

Fairtrade is wonderful, but we must not become complacent: the race is only just beginning. There is considerable work left to do in the ASM sector and the market and the miners cannot drive progress in isolation: governments have a fundamental, inescapable, and enormous role to play.

‘This is one reason why at Levin Sources we work with business and certification initiatives on mine-to-market schemes that enable responsible sourcing, as well as supporting governments in producer and consumer nations to restructure their systems in ways that make good governance, responsible business, and thus sustainable development more feasible. Working in the public and private sector domains of ASM makes it more likely that the minerals will be a motor for prosperity.’

It may not be perfect, and it certainly wasn’t an easy journey – neither for Fairtrade, nor Estelle (who moved continents, gave birth to two children, got a particularly brutal bout of malaria (thanks, Madagascar!), and set up two businesses, all post-2005) – but like Fairmined, MineralCare, iTSCi and the numerous other certification and supply chain initiatives now proliferating, Fairtrade is an important avenue for the formalisation and improvement of ASM in a range of minerals. 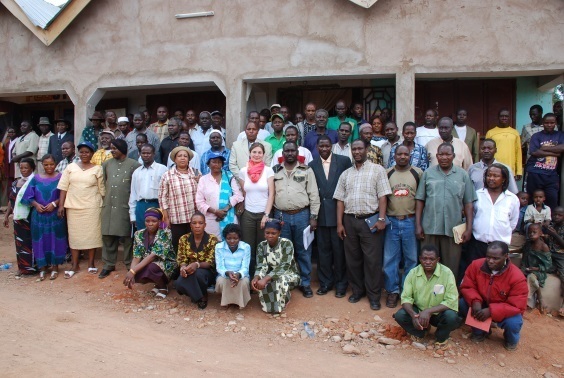 Tanzania, 2007. Fairtrade and similar certifications are beneficial for whole communities

Why should a consumer spend more on Fairtrade Gold?

Fairtrade ‘empowers the miners to take greater control over their businesses and to contribute more to their communities.’

This gives them a political platform to gain influence in their sectors, and offers them access to international markets and actors who wish to do business directly with them, in a mutually win-win relationship. ‘That is immeasurably uplifting,’ Estelle smiles, ‘it gives them dignity and legitimacy; two things many people are looking for when they turn to artisanal mining as their profession.’

Furthermore, Fairtrade gives them a profile. ‘They are taken seriously, which means they can start to access other opportunities in their own country and internationally.’