The ebola disease came from Guinea to Sierra Leone in May 2014, through the Kailahun District, south of Kono. Today, nearly five months later, the effects of the disease are manifest in almost every facet of Sierra Leonean life. One senses that its scars will run deep, transcending the present moment of local and international concern. 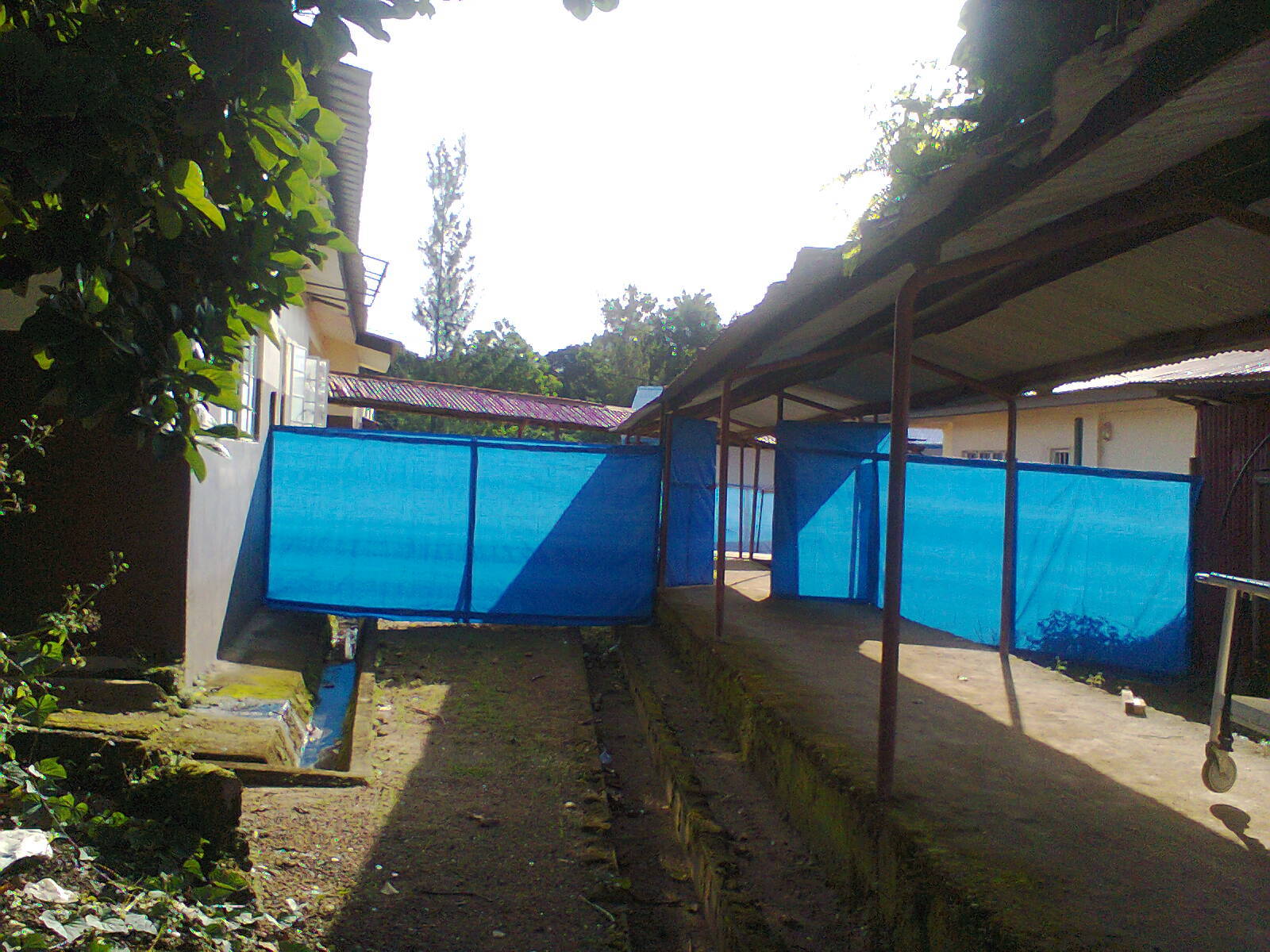 Sierra Leone is presently ranked by the UNDP Human and Social Development Index (HSDI) as having one of the lowest living standards globally. The poor medical facilities in the country are contributing factors to these assessments. Sierra Leone is among the countries with the highest mortality of children under five and one of the highest death rates for pregnant women. Life expectancy is one of the lowest in the world (45.2 years for men and 45.5 for women in 2012)[1]) and hunger is less a sensation between meals, than a near constant feature of daily life. It is a supreme tragedy that one of the deadliest diseases in human history has reached epidemic proportions in a country utterly incapable of dealing with a large-scale public health crisis (and, in one of the ironies of history, just at a time when the Government of Sierra Leone was claiming to make strides in improving the country’s deplorable position on the UNDP’s HSDI).

Today, Sierra Leone exists in a near-constant ‘state of emergency’: all the academic institutions in the country have been boarded up; public gatherings and social functions of all kinds have been suspended; local and national media is now solely devoted to the ebola crisis. To read the news today is to learn of death tolls, lock downs, and the escalating costs of living. Every Sierra Leonean is, in one way or another, living with the disease.

The general mood of people in Koidu City, like the rest of the country, is one of anxious concern. The uncoordinated manner in which the crisis is being handled across the country in which every District and every chiefdom is at liberty to make bye-laws in the fight against the disease, has serious legal and human rights implications. Some communities in Kono, where I am, have been locked up for months without any form of support in the form food or health provisions. With several groups ‘in charge’ – like the presidential task force, the emergency operation Centre, the district task force – where do people turn, if they feel they are been badly treated, if they want grievance addressed? With everyone in charge, paradoxically, it feels like no one is responsible.

The fear bred of incompetence is compounded by the daily sense of shame many citizens now have to endure. Take the issue of burials, an important social custom in Sierra Leone and prerequisite for a community’s sense of dignity as well as religious and social cohesion. At present the government is imposing a ban on all burials until the body has been investigated by the District Medical Team. In some areas all deaths are given ‘medical burials’; that is, the corpse is treated as an ebola patient no matter what the actual cause of death.

The burial teams in hospitals are, understandably, overwhelmed and some families have to intern their deceased for days before a medical team arrives to take blood and other fluids samples from suspected persons for laboratory confirmation of the virus. Further waiting is required as those samples are analysed and the results are confirmed before the corpse is ‘approved’ for burial. Grief is magnified by such procedures and a sense of anger and dismay builds.

The method of handling corpses by burial teams is also generating deep resentment. In Freetown aggrieved youths rioted in response to the way one body, thought to be Ebola victim, was forcefully thrown into an ambulance. It is, moreover, a poorly kept secret that some unscrupulous members of the medical establishment are requesting money for corpses to be removed in time to avoid having decomposed bodies in domestic homes. Today, as I sit to write this piece, the most stretched burial teams in Freetown are on strike over pay. The situation will only worsen as resources atrophy.

Bizarrely, the removal of bodies from homes is one of the areas the government has claimed success. For example, during the three day locked down lasting from 19th – 21st September 2014, the government prided itself on the efficient collection and disposal of bodies from streets and homes throughout the country. The claim was that these bodies would not have been brought forward had it not been for the lock down and more people would have been infected if it were not for imposition of the curfew. However, it is widely known that most people took their dead to the street in order to avoid the ignominy of quarantine. If death occurs in any house, the whole house is quarantined until the cause of death is investigated and established. Apart from the shame and stigma of quarantine no household can afford to be locked up indefinitely without means to acquire food, water and work.

So, the government claims ‘success’ as the people struggle to cope in isolated units and alienation and despair grow by the hour and day. This is life with ebola.