The District of Kono straddles two distinct agro-ecological zones. In the Eastern Region cash cropping and cattle ranching are the predominant agrarian activities, whereas in the northern part of the district pastoral herders – mainly from Koinadugu and the Republic of Guinea – are attracted to the vast, lush grasslands. The rest of Kono is mostly covered by rainforest – a source of food, medicines, and fuel for locals.

As in the rest of Sierra Leone, households in my district primarily grow rice, potatoes and cassava for self-provisioning purposes; in some cases additional income is derived from surpluses traded locally. Sorghum, maize and plantain are also grown, though less commonly, for consumption and sale. The district is also well known for its concentration of palm, cocoa, coffee, plantain and Kola nut trees.

Thus Kono is a hub for mining, farming and trading. These activities dominate life, giving it its local flavour, character and colour.

As irrigation is uncommon the farming calendar divides into two all-important temporalities: the rainy and dry seasons. Local land is always prepared during the dry season mostly by slash and burn upland cultivation, clearing of farm sites and tilling. The planting of seeds follows in the rainy season when plentiful water brings barren fields to life.

The Ebola outbreak occurred in May this year, a key month in the farming calendar. Young able-bodied men who normally dot the fields at this time of year – readying the ground and gathering seeds – were forced to stay home. The quarantine and ‘lock down’ also meant that the annual surge of cheap labour from the north did not arrive to help with cultivation. The fields were left untilled, local trading suffered, home stores of food dwindled.

Despite abundant rainfall and vast stores of arable land, Kono, like the rest of Sierra Leone, is far from being food sufficient. Rice is imported and traded in vast quantities to feed the mining population; the restrictions placed on the movement of foods and other essential commodities led to an artificial scarcity of goods in local markets. Consequently, local farmers faced additional pressure to produce. 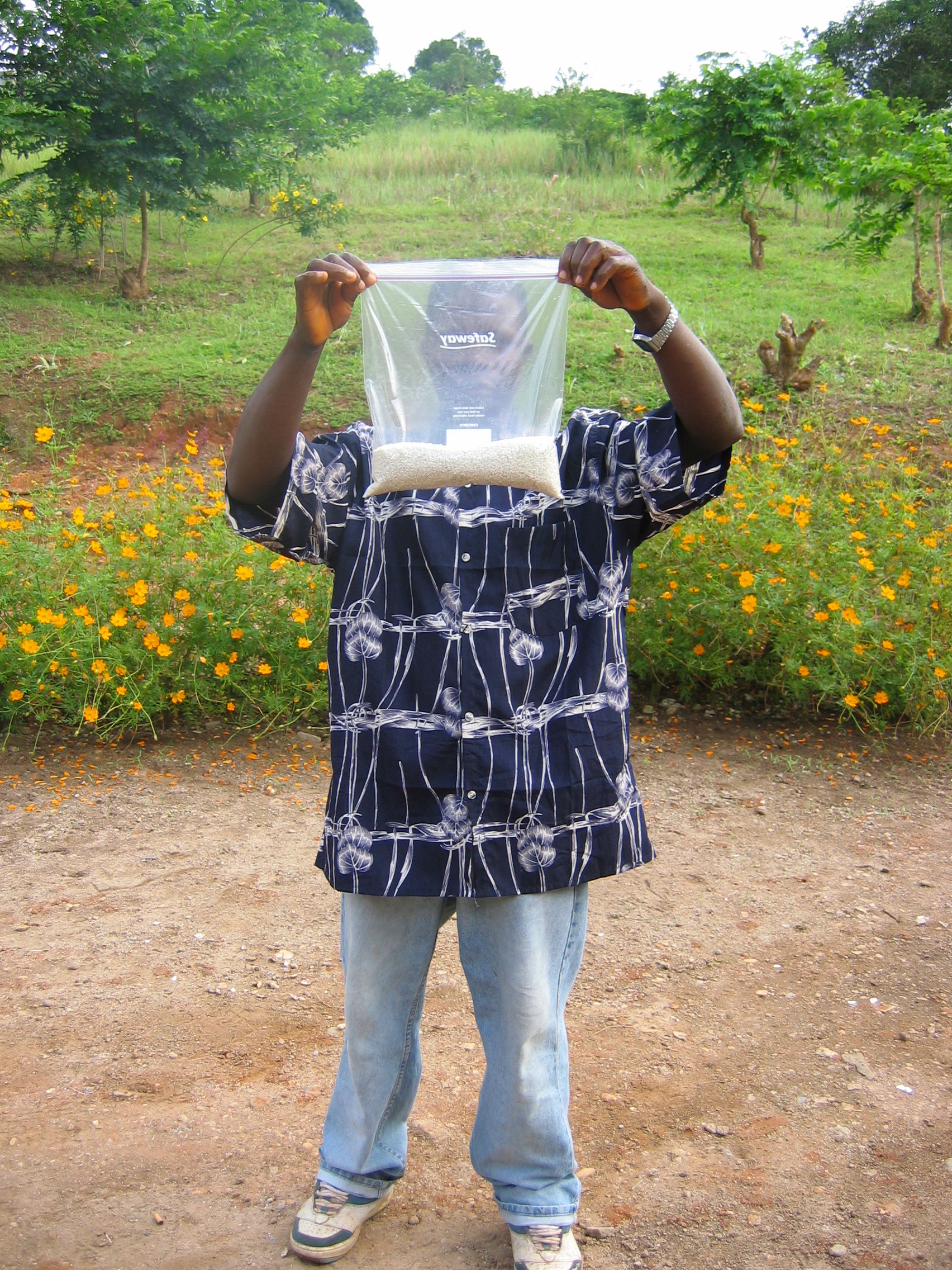 Rice is the staple food in Sierra Leone and in Kono. In fact locals joke that ‘if a man had double his normal meal from only yams he will tell you the following day that he consumed no food the previous day’ – the implication is that rice reigns supreme and all other foods are considered supplementary fare. This partly explains why in an average year the Kono rice harvest alone is never enough to meet the needs of the miners and locals.

Aside from rice, the production of other crops, like hot pepper, banana, plantain and vegetables, is mainly destined for trade in the markets of Freetown. Money raised this way is used to purchase the additional rice needed by families as well as other household necessities. Because Ebola choked trade and restricted labour movements, people were not able to grow enough rice or sell enough produce to meet normal household demands. Were it not for the contingency of hand-outs and local food aid hunger would be far more prevalent.

Before the outbreak, the president, Ernest Bai Koroma, had identified agriculture as the potential catalyst for social and economic development. The private sector was earmarked to play a crucial role, especially through the Small Holder Commercialization Projects (SCP) that had been established in all the districts of the country. In recent years agriculture has been the highest single item of government expenditure, a clear indication of the State’s investment and prioritisation of agricultural reform. However the advent of the Ebola crisis has forced the government to spend heavily on a strained healthcare sector, a fact that is bound to amplify food insecurity in the district and the country at large.

Mining and agriculture have always complemented one another. Most miners are farmers, and vice versa.[1] While mining is commonly undertaken in the dry season, agriculture usually commences in the rainy season when available water ensures better plant growth. Not only does this symbiosis provide a stable income for labourers and their families throughout the year; it also enables miners to reduce their costs since they typically produce the food that supports their mining ventures. Equally, the winnings from mining are ploughed back into the ground – quite literally since additional takings generate the income needed to buy seeds, tools and fertiliser for farming. The Ebola crisis distorts this complex life-cycle. The interdependence of food production and mining means that problems in one sector spill over into the other, compounding and reinforcing the sense of crisis.

We do not yet know when the Ebola threat will end. If it continues into the next cropping season, the system of food provisioning in the district will be under enormous stress. Already it is clear that local seed banks – which supply next year’s harvest – have been seriously affected. Seeds normally held for the next planting season have already been consumed and local varieties of rice and other regional crops are now in danger. It is therefore likely that new varieties will have to be imported to compensate for seed losses incurred. The fact that these varieties have not been tested locally means that the threat of a severe crop failure escalates. If that happens common food poverty will descend into widespread, debilitating famine with all of the suffering and hardship that this implies.