Kono has always provided important services to the people in the local community, including those that are physical, social and biological. The Ebola crisis has already negatively impacted the city of Koidu and the district’s greater environment and the community stands to lose even more if the crisis is not brought under control within the shortest possible timeframe. In a sister blog, I considered how Ebola has impacted farming in the district; in this blog I consider how the common use of hunting and gathering to supplement diets is being impacted. 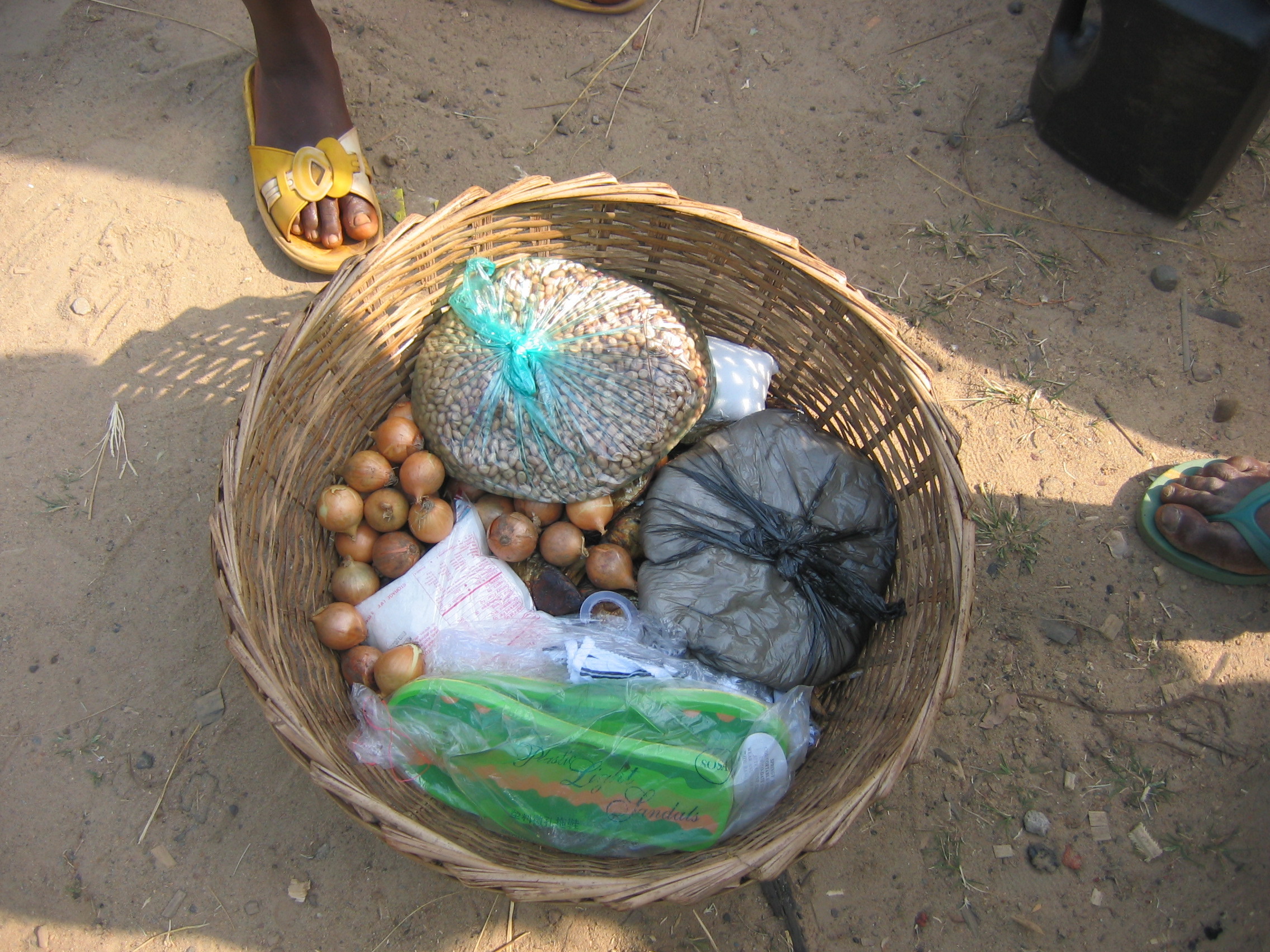 Basket of goods from the market. (c) Estelle Levin-Nally

Kono’s environment is predominately a forest ecosystem, most of which has been degraded to farm bushes, mining plots and wooded savannah in the north and northeastern regions of the district. This ecosystem supports an abundance of biologically diverse flora and fauna. Before the outbreak of the Ebola epidemic, most rural communities in the district depended on the abundant rivers and terrestrial areas for fishing, hunting and farming, which provided sources of protein that would have otherwise been unattainable for locals.

Kono also provides many social and economic benefits to the community, by supporting trade and employment, particularly within the mining industry, and offering social amenities like nightclubs, football, cinemas and academic institutions. The city is cosmopolitan—people from different parts of the West African sub-region and other parts of the world come to mine diamonds and gold or buy and sell various commercial items including minerals, cash crops, textiles and apparel, construction materials and foodstuffs.

An additional aspect of Kono’s usually thriving economy is the benefits local people extract from the natural environment. Focus on mineral resources was given in an earlier blog.

Kono’s vast river system underpins the Eastern province’s agricultural productivity. In addition to its diamond wealth, the district is renowned for the production of cocoa, coffee, kolanut, palm oil, plantain, banana, oranges and cereal and vegetable crops, especially in the south and southeastern regions. Over seventy percent of the population is mainly dependent on agriculture for subsistence or commercial trade.

Ebola has impacted the lifestyle of the people of Kono, and has brought about a total change in their food consumption habits. These changes are products of the physical confinement of people and the restrictions placed on the consumption of all types of bush animals. The rural communities had for years depended on their wild plants and animals for most of their medicinal and dietary needs and had remained healthier because of this. In some parts of Kono district, animals like bats were delicacies and were widely used to prepare special sauces especially during occasions of celebrations of the ‘secret societies’ in the dry season.

The local communities’ inability to access quality food, especially forest dwelling groups, has possibly led to increased rates of disease as people lack sources of protein and cannot access plants and animals used for medicinal purposes. Some forest-edged communities and a few urban dwellers have also depended on game hunting for income generation. Animals hunted from rivers and the forests are the cheapest source of protein in a country where the fishing industry serves the urban and international markets more so than the rural population. The ban on bushmeat may have interrupted the sale of these animals, especially to urban markets, but it has not stopped some rural communities from killing and eating them, given how few alternative protein sources are available. Others have been left to clamour over the limited cow, goat and sheep meat and fish available in the Koidu markets.

Rice and other food staples may be available at this time of the year in the rural communities but unmet protein needs will prevent people all over Kono from consuming a balanced diet—something they particularly require during the Ebola crisis. This poor diet and associated side effects will also have economic impacts; if people cannot work due to illness, poverty will increase, especially in rural communities in Kono. The restrictions placed on the movement of people even to access some basic foodstuffs and other goods have further compounded this problem.

Today as one leaves Koidu and enters remote rural communities in Kono district, one moves from a very dusty, relatively quiet city with fewer vehicles and people on the streets (but plenty of fast moving ambulances carrying Ebola victims) to places with cleaner air, less noise and fewer reminders of the Ebola epidemic. While the city may be getting some better supplies of basic foodstuffs compared to the rural areas, it also has the highest rates of infection. Nonetheless, the Ebola epidemic continues to claim lives across the district and the country at large. The disease is affecting every aspect of Kono’s environment, whether physical, social or biological, and will continue to do so until Ebola is eradicated and the district can begin to recover. 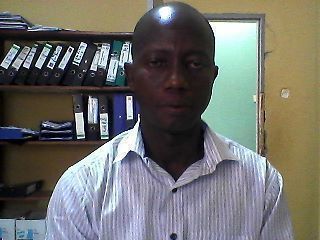 Babar Turay is an experienced forester and forest-ecologist with aid-agency, NGO, and private-sector experience throughout Sierra Leone. With an applied ecology background, Babar has more than 10 years of experience in environmental management programs in Sierra Leone, in sectors such as forestry and artisanal mining and dealing with issues such as alternative livelihood programs and environmental rehabilitation. He is highly experienced in Participatory Rural Appraisals (PRAs), social capital assessments, stakeholder identification and engagement at all levels (villagers to high-levels of governments). Babar works as a researcher, facilitator, and analyst. Babar has worked with Estelle and the team at ELL on artisanal diamond and gold mining in Sierra Leone on numerous occasions since 2004. From supporting clients with political risk and stakeholder engagement assignments to conducting field research on ASM in protected areas and supporting the creation of more responsible precious mineral supply chains, Babar has a wealth of expertise on the mining, development and conservation nexus in Sierra Leone. Babar has a Bachelors of Science in Environmental Science (Applied Ecology) from Njala University College (USL) in Freetown, Sierra Leone. Babar is fluent in English and the local languages of Sierra Leone including Kono (mother-tongue), Mende, Krio, Kissi, Koranko, Madingo and Susu. Babar is based in Sierra Leone.

This is the seventh blog of a series of blogs for ELL, called 'Living in the Shadows Ebola’, that our associate Babar Turay will be writing on the effects of ebola on Sierra Leone, and in particular its diamond mining district of Kono. You can read the previous blogs here: First blog, second blog, third blog, fourth blog, fifth blog, sixth blog. More background on the series can be found here.